As discussed in the first chapter, there are several remarkable (somewhat ‘cultural’) differences between contract styles in Europe vs US as regards the way provisions are drafted: exhaustively addressing all imaginable rights and options versus a conceptual approach, which relies on civil codifications that impose high standards of reasonableness. Another remarkable difference between American and European contracts is their distinct ‘look & feel’. U.S. contracts tend to be more elaborate in the language used but compact when it comes to the lead-in of the contract and the parties block. On the other hand, European contracts seem to preserve some ‘air’ and take a sectional approach. Also the indentation of contract clauses is different.

Automated contract assembly applications, such as the Weagree Wizard, create the contracts entirely in the look and feel (house style) of the company. (In fact, Weagree changes the entire look and feel from a US style into a European look, by one click of a button.)

‘European Style’. A typical European style of presenting the parties, the preamble and the words of agreement would be the following: 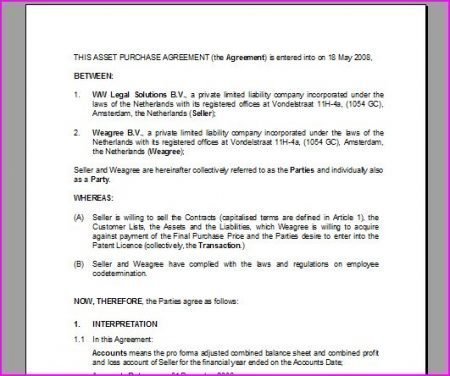 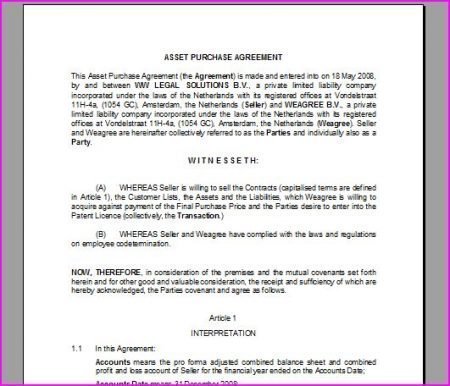 The difference most likely has a historical background, where also psychological aspects may be taken into account: the European outline is well-structured, with a minimum of information and a metric indentation; the US type of first page is more concise (probably less concerned with making it look attractive) and presents the information pragmatically in somewhat vast blocks of text.

The above pictures slightly exaggerate the actual differences, since many companies, at least in our perception, increasingly tend to apply principles of simplicity and pragmatism.

The various components of the first part of a contract will be discussed separately.