Contract automation implementation: your path to change, your elephant and the driver

The blueprint for ‘contract automation implementation’ as described here is SWITCH (change when changing is hard), by Chip and Dan Heath. Below is the framework of their book, as well as a number of examples. SWITCH inspires: it provides the best practices for being successful in implementing Weagree’s contract automation wizard.

The outline of SWITCH. There are hard changes and easy In our lives, we embrace lots of major changes: getting married, buying a new home, welcoming a baby in the family or entering a new job position; while those changes are major, we usually embrace them easily. What makes one change harder than another? what distinguishes them? SWITCH explains that successful changes share a common pattern. It requires a leader who wants to implement an innovation to influence three dimensions at once.

Three dimensions for implementing contract assembly. For individual legal counsel to change their behaviour, the head of a legal department must inﬂuence not only their environment but also their hearts and their minds. The problem is: often, your heart and your mind disagree, forcefully. SWITCH illustrates these three dimensions with a beautiful metaphor, borrowed from psychologist Jonathan Haidt’s book The happiness hypothesis: about the elephant, its rider and their path. Every individual person, lawyers inclusive, unites both the elephant and the driver in their head. 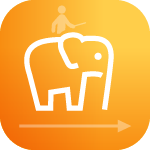 Your ELEPHANT. Our emotional side is like an elephant. Its habitat is the part of your brain that is instinctive, intuitive, automatic, impressionistic, associative, fast. You cannot switch it off. Your elephant lives in the present, and feels pain and pleasure. It loves to simplify and act pragmatically, to assume ‘WYSIATI’ (what you see is all there is). The elephant is the secret influencer of many of our choices and judgements. The elephant’s weakness is evident: it is hopelessly bad at rational thinking required for good decisions; jumps wildly to conclusions; it is lazy and skittish, often seeking a quick pay-off (using yesterday’s signed contract) over the long-term (answering an automated contract’s questionnaire and reading it). The elephant’s strength is that everything it undertakes does not seem to cost any energy; it is highly sensitive to subtle contextual indications, signs of danger and crucial consequences (it kept our distant predecessors alive). 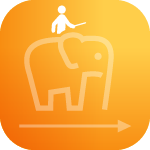 Its RIDER. Our rational side is the elephant’s rider, also known as reﬂective or our being conscious. It is the driver in you that deliberates and analyses, and looks forward. It formulates principles, conceptualises corporate policies, carefully converts them to model clauses and model contracts. Innovations often fail because the rider simply cannot direct the elephant long enough to reach the destination. The rider is slow, logical and tires easily – so it may well accept many things the elephant tells it. The rider is often right to do so because for most part, the elephant is pretty good at what it does. The rider is also the guard of processes and procedures: so, while being careful and precise in drafting a model contract, it is also reluctant in qualifying an unfinished template as your organisation’s ‘model contract’.

The rider’s considerable weaknesses are: it does not have the elephant’s energy for taking big steps, it tends to over-analyse and over-think issues and is therefore sensitive to maintaining the status quo – improving at best ‘gradually’ but not ‘fundamentally’. Everyone recognises rider problems: indecisiveness. 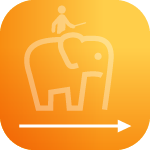 Elephants, riders, their path and your leadership. When it comes to adopting innovation successfully, all three aspects require attention: you must appeal to (and motivate) the elephant, facilitate the rider, and show them the path. If you are working with contracts yourself, you must be aware of your rider, your elephant and the path; if you are leading a team of lawyers or others who work with contracts, you need to be a good rider, know what the riders of your team members need to know, know the elephants in their heads, and shape the path of your team.

Optimise each. To say that the driver must always direct the elephant, is inadequate, because the rider has paralysing weaknesses. The rider provides planning and direction, and the elephant the energy. The elephant has enormous strengths, but emotion is the elephant’s fuel: love and compassion, sympathy and loyalty. As much as the elephant can frustrate and suffocate innovation, it can drive contract automation to success.

The metaphoric three dimensions. Chip and Dan Heath developed a basic three-part framework, which serves as a guide to implementing contract automation: 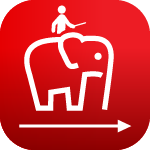 Also: three diagnostic errors. If you connect with the riders in your team members’ heads but not their elephants, they will have understanding without motivation (imagine your pre-retirement colleagues who have ‘been there, done that’). If you move their elephants but not their riders, they will have passion without direction (imagine your interns and recently started graduates who get excited about working with appealing customers but have no idea how to help them). In both cases, ﬂaws can paralyse.

Chip and Dan Heath (the authors of SWITCH) discovered three surprising aspects of change management that, when disregarded, may fundamentally frustrate the implementation of your legal tech innovation. They identified three important diagnosis errors – see Chapter 5 below: